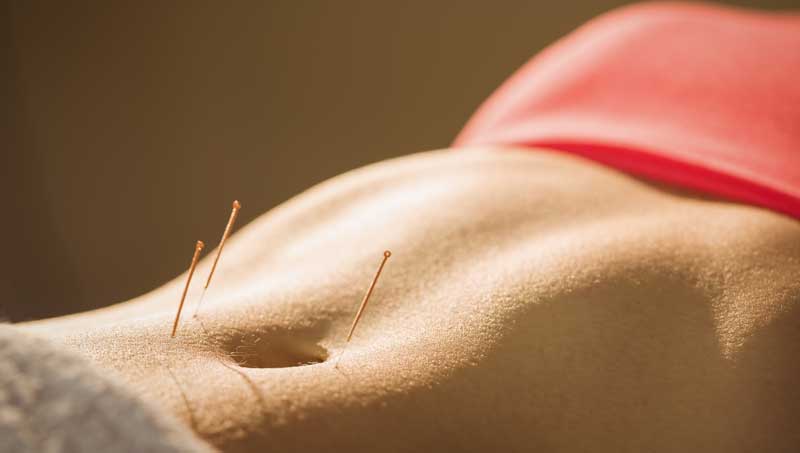 What is Irritable Bowel Syndrome Anyway?

Irritable Bowel Syndrome (IBS) is a chronic bowel disorder affecting both the large and small intestines, characterized by abdominal pain and changes in bowel habits. In Western Medicine IBS is defined by an infection in the intestines, while in Traditional Chinese Medicine it is seen as an accumulation of pathogenic factors known as dampness and heat, which can be acquired through external forces such as the weather or generated internally through poor diet and high stress.

What is IBS in Western Medicine?

IBS is a common disease affecting those between 20 and 40 years of age, with women being affected three times more than men. In Western Medicine, diagnostic tests usually find no structural damage in the intestines, and it is diagnosed based mostly on symptoms such as abdomen pain and changes in bowel habits. There are three main types of IBS categorized as IBS-D (diarrhea predominant), IBS-C (constipation predominant), or IBS-A (alternating). IBS-D symptoms include diarrhea upon waking or after eating, coinciding with pain, bloating, bowel urgency, and urinary incontinence. IBS-C symptoms include pain over a specific area of the colon with recurrent constipation. IBS-A symptoms include periods of constipation followed by normal stools, or periods of constipation followed by periods of diarrhea. Additional common symptoms seen in all three types are nausea, gas, bloating, and indigestion.

What is IBS in Traditional Chinese Medicine?

IBS in Traditional Chinese Medicine is seen as a dysfunction in the energetics of several internal organ systems, such as the liver, spleen, large intestine, and stomach. In TCM the liver is responsible for controlling our internal stress and anger, and when the organ is not functioning properly it can be known to “attack” or cause problems for our other organ systems, especially the spleen and stomach. This is one theory TCM uses to explain how internal stress and emotions can impact our physical health, and in this particular instance our digestive system. The spleen and stomach work closely together to digest our food, and the spleen in particular is responsible of ridding our body of the pathogenic substance known as “dampness”, which can be thought of as an overabundance of wet or moist fluids, such as mucus or phlegm that our body is unable to process and get out of our system. Dampness is a result of poor spleen function, and a poor diet such excessive consumption of greasy foods, dairy foods, sweets, sugar, and cold-raw foods.

If the liver is attacking our spleen due to stress, the spleen is unable to rid the body of this pathogenic dampness and it accumulates in our body clogging our system and causing a variety of problems. On top of that, the dampness can then combine with internal heat (usually from diet), changing the dampness into something known as damp-heat. Damp-heat can accumulate anywhere in the body causing disease, and in IBS it begins to accumulate in the digestive system. The whole chain of events that lead to damp-heat in the intestines begins when stress accumulates in the liver, which in turn attacks the spleen causing the accumulation of dampness, and then eventually combines with heat and turns into “damp-heat in the large intestines due to liver overacting on the spleen.”

Although the root cause of IBS can be from a variety of factors, the most common diagnosis our TCM practitioners use to treat IBS is “damp-heat in the large intestines due to liver overacting on spleen”. Firstly, your acupuncturist will assess your diet and ask you to remove all foods that could be contributing to excessive dampness and heat. Secondly, your acupuncturist will choose to needle specific acupuncture points along the energetic meridians that are related to the liver, spleen, stomach, and large intestine in order to harmonize the organ systems and relieve associated symptoms. Because IBS is a chronic condition, you may need to see your acupuncturist frequently at first to get the disease under control. After a period of time, you may switch into more of a maintenance-mode where you are seeing your acupuncturist only once or twice a month. Thirdly, your acupuncturist may prescribe you a Chinese Herbal Medicine formula that would help to harmonize your liver and spleen, and that could begin to assist in removing excess pathogenic damp-heat from your body. Through the combination of proper diet, regular acupuncture, and the correct herbal medicine formula, IBS can be managed and treated so that you experience less of the associated symptoms, and that you have a more regular bowel movement. 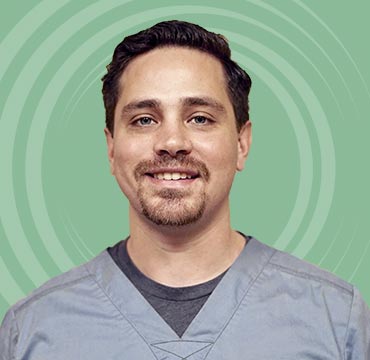 Matthew specializes in Acupuncture Orthopedics & Pain Management, Cupping, and Chinese Herbal Medicine to restore health and well-being to his patients. 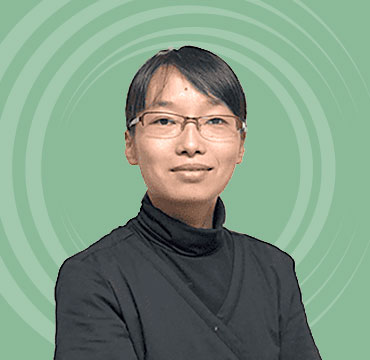 April blends her training in acupuncture with Chinese herbal medicine to naturally heal her patients’ wide range of health concerns at Total Health. 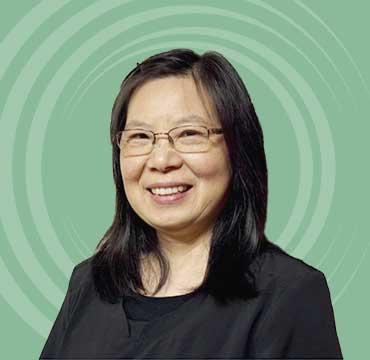